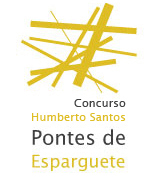 The XIX edition of the”Humberto Santos” Spaghetti Bridge Contest, an event organized annually by the Department of Electromechanical Engineering, will be held on November 29, 2019, at the Faculty of Engineering, included in the program of the International Conference on Engineering (Engineering for Evolution –  ICEUBI 2019).

This event aims to encourage students’ scientific and creative abilities, applying the knowledge acquired in their training in the design of a truss bridge built with spaghetti.

The main objective of this contest is to apply the knowledge acquired in different curricular units of the engineering courses, promoting students’ interest, creativity/research and the search for ingenious solutions in the design of truss bridges making use of a common and accessible material such as spaghetti.

This event also serves the purpose of involving students from the UBI community as well as from secondary schools and Erasmus students, providing a means of disseminating one of the dynamics of the teaching/learning process in the Faculty of Engineering.

There are three categories in the contest: “Resistance”, “Aesthetics” and “Towers”:

Resistance – the truss bridge must support the highest possible load. The maximum load supported in the contest reached 167 kg in the XIV edition.

Aesthetics – a bridge that complies with this regulation and is architecturally pleasing.

Towers – the highest tower and in which its stability is ensured, being developed during 2 hours by teams of three elements.

More information on the contest (regulations, prizes, tutorial of spaghetti bridge building and, an archive of previous editions) can be found at: